2 died in course of soak away drill

2 died in course of soak away drill 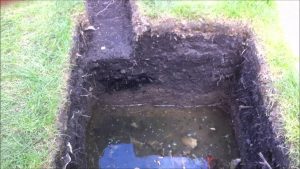 Two people have been reported dead during the course a soak-away drilling along the busy Kairaba Avenue road. The Point Newspaper has reported on Thursday

The deceased, Ba Sainey a native of Wulli in the Upper River Region and Lamin Manneh, a native of Jarreng in the Naimina District of CRR died after slipping into a soakaway at a restaurant, La Parisienne.

A source familiar with the matter told The Point that the two youths were contracted by the restaurant owner to pull out the sand from the soakaway.

According to our source, it was Ba Sainey who first entered the soakaway but could not climb back. His friend Lamin also attempted to rescue him, but similar fate befell him too.

The deceased were both residents of Wellingara. Another source that spoke to our reporter said the deceased slipped into the soakaway at the La Parisienne restaurant.

The spokesperson of the Gambia Police Force couldn’t be reached for comments at the time of gathering the report. They said

Posted in Featured News | Comments Off on 2 died in course of soak away drill
Tags: Gambia news