Afrinity Production Star Of The Week 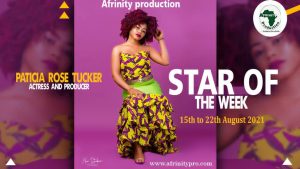