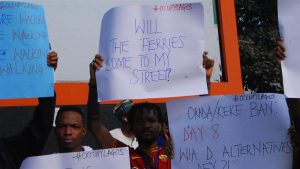 A week after the introduction of the ban on the popular two- and three-wheeled vehicle, its impact has been widespread.

Holding a white placard above her head and surrounded by a group of young people, Sally had a clear message.

“All we want is for the government to lift the ban until an alternative is made ready,” she said.

Sally was referring to a recent decision by authorities in Nigeria‘s commercial capital, Lagos, to outlaw commercial motorcycles and tricycles from most of the crowded city’s residential and business areas.

She was not alone. Dozens of other mostly young people on Saturday joined protests in the megacity of more than 20 million people, angry by the state government’s recent decision to outlaw the two- and three-wheeled vehicles, which are a popular transportation choice for commuters seeking to beat heavy congestion.

“I am jobless and I am confused,” Innocent Udoka, one of the motorcycle drivers hit by the ban, told Al Jazeera.

“I am a graduate. I have no job and my only means of survival is taken away – how would I start again?” 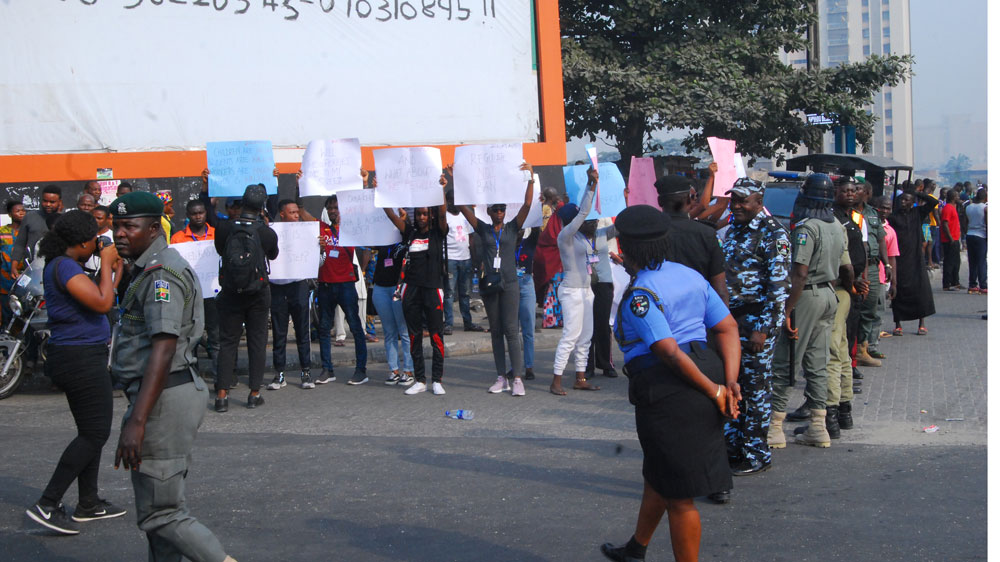 Introduced on February 1, the ban is aimed at decongesting Lagos’s roads and reducing accidents and overcrowding. Citing the two- and three-wheeled vehicles’ “chaos and disorderliness”, as well as the “scary figures” of deadly accidents, the government said the ban was central in its efforts to achieve its goals.

One week on, the effect of the ban has been widespread, with long queues forming at bus stops, car drivers facing gridlocked traffic and others sometimes having to walk to avoid hours in traffic. Meanwhile, scuffles between some drivers and the police were reported in some parts of Lagos state over the past week.

“This ban doesn’t solve any of the problems attached to it,” Sally argued. “More people are suffering to get to work … and school. And several thousand [of people] have just lost their livelihood.”

But protesters also warned that the effect of the ban could be felt by all sectors of the economy.

“The [number of] people who would suffer [is] vast, including investors,” says Lagos based writer Timileyin Ogunleye, “Why? Because [a] few months back, several investors threw in several millions of dollars into the transport business, only for this abrupt ban to follow. Things are not done that way.”