Canada court rules US ‘not safe’ for asylum seekers 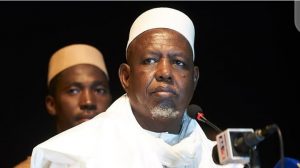 Canada’s federal court has ruled that an asylum agreement the country has with the US is invalid because America violates the human rights of refugees.

The Safe Third Country Agreement (STCA) was in place since 2004 and it requires refugee claimants to request protection in the first safe country they reach.

But on Wednesday, a judge declared the deal unconstitutional due to the chance that the US will imprison the migrants.

The Safe Third Country Agreement is a policy implemented to better manage refugee claims and to avoid so-called “asylum shopping” between countries.

Lawyers for refugees who had been turned away at the Canadian border had challenged the agreement, arguing that the US did not qualify as “safe” for asylum seekers.

“We’re all too familiar with the treatment that the US metes out to asylum seekers,” Maureen Silcoff, president of the Canadian Association of Refugee Lawyers, told Reuters news agency.