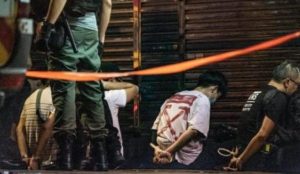 China will put forward a great disputable national security law for Hong Kong, in what could be the biggest blow to the city’s autonomy and civil liberties since its render to Chinese rule in 1997.

‘The move by China’s rubber stamp parliament, the National People’s Congress (NPC), which is meeting in Beijing this week, is sure to fuel further anger and protests in the city, which was rocked by over six months of increasingly violent anti-government unrest last year.’

The law, which is anticipated to disallow sedition, ‘secession’ and ‘subversion’ of the central government in Beijing, will be put into existence through a uniquely used constitutional method that could effectively bypass Hong Kong’s legislature.

News of the plans was met with instant backlash by opposition lawmakers in Hong Kong, human rights groups and the US State Department.