Explosions on Iranian oil tanker off Jeddah's coast cause spill 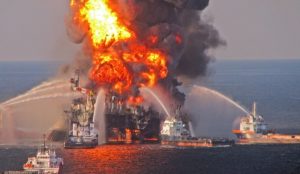