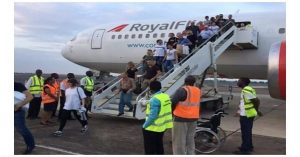 BBC disclosed the death of Daisy Coleman, a sexual assault victim advocate and subject of the Netflix documentary Audrie & Daisy, has committed suicide, according to her mother. (Previous Post)
(Next Post) Colleges and Universities to close In The Gambia
Previous Image