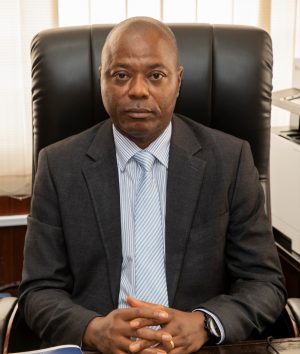 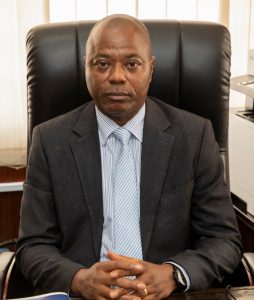 President Julius Maada Bio’s administration has removed both import duty and Goods and Services Tax (GST) on everything relating to the importation of rice so that the prices of both 50kg and 25kg bags of rice would have been reduced.

Prior to 2021, business people, who were importing rice to Sierra Leone, used to pay 15% GST on all foreign currencies that were transferred out of Sierra Leone to their suppliers for the purchase of rice.

But, with the advent of the Finance Act of 2021, that 15% GST has been removed and that has subsequently led to a loss of thirty-three billion Leones (Le33bn) to government on every transfer of foreign currencies.

Speaking exclusively to the National Revenue Authority’s (NRA) Commissioner General, Dr. Samuel Jibao, in his Bathurst Street office in Freetown on Thursday, 6th May, 2021, he said the removal of both the import duty and GST on the importation of rice was a deliberate attempt by President Julius Maada Bio to reduce the prices of both 25kg and 50kg bags of rice for all Sierra Leoneans.

“We were already losing over 400 billion Leones as a result of duty waiver on the importation of rice. But the prices of both 25Kg and 50kg bags of rice continued to rise astronomically. We then called on the importers to ask them what were the reasons for the skyrocketing price of a bag of rice. They claimed that the 15% GST on the transfer of foreign currencies to their suppliers for the purchase of rice was militating against them. As a listening government, President Julius Maada Bio automatically removed that 15% GST,” he explained.

The NRA Commissioner General said the government has played its own part but some dishonest business people continued to increase prices on both 25kg and 50kg bags of rice, which is unacceptable.

According to Dr. Jibao, President Bio’s administration inherited a GST of 20% on all goods and services from his predecessor but quickly reduced it to 15% so as to soften situation for business people and subsequently reduce prices of commodities for all Sierra Leoneans.

He noted that the 15% GST on the transfer of foreign currencies has also been removed but the business people are yet to do the needful with regards the reduction of prices for both a 25kg and 50kg bags of rice.

“We are now calling on business people to reflect these tax exemptions on the much-desired commodities-rice and flour,” he said.

Dr. Jibao disclosed that import duty on flour was 20% but President Bio’s administration reduced it to 10%, adding that effective January 2021, GST of 15% has been removed on flour, which is considered an essential commodity particularly for people in the urban areas.

He stated that there is a tax exemption on both imported and domestically produced wheat flour as enshrined in the 2021 Finance Act.

“This exemption is to ensure the availability of loaves of bread, which is part of a daily dietary of many people across Sierra Leone. There is also a tax exemption on bulk wheat (grain) used as raw material for the manufacturing of flour. This is to allow local manufacturers of flour to reduce their cost of production, making them competitive with imported flour as well as eventually making flour readily available in the market at all times,” he stated.

He said business people, who are importing and selling commodities such as bags of rice and flour, must now reduce their prices.