Impacted by the US’s ‘war on terror’ and Trump’s so-called Muslim ban, many in Somalia await result of November 3 polls 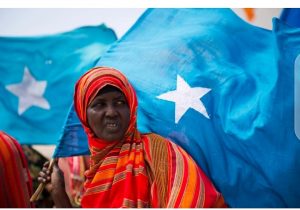 Afrinity Production draw attention to the eagerly waiting of US election by Somalians. Just like people across the United States will be waiting eagerly for the results of Tuesday’s voting.

Though thousands of kilometres away, on the far eastern corner of Africa, Somalis will also be closely watching the hard-fought matchup between Donald Trump and Joe Biden.

It hardly comes as a surprise. A country of some 15 million people, Somalia has for decades felt the impact of US policies – both directly and indirectly

“Ever since Somalia got independence in 1960, America and its leaders have tried to have a strong foothold in the country,” said Hassan Sheikh Ali, a lecturer of international relations at Somali National University.

Bounded by the Indian Ocean to the east and the Gulf of Aden to the north, the Horn of Africa country occupies a significant geopolitical position along major trade routes. Up to 30,000 ships, carrying goods from crude oil to iron ore, pass annually through the Gulf of Aden, a key transit zone for maritime traffic between the Indian Ocean and the Mediterranean Sea.

“America is in Somalia to protect its commercial interest,” said Hassan.

Posted in Featured News | Comments Off on Impacted by the US’s ‘war on terror’ and Trump’s so-called Muslim ban, many in Somalia await result of November 3 polls