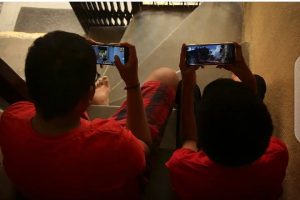 Afrinity Production make known to you the blocking of Chinese apps by Indian government from its huge domestic market to strike back against China amid a tense border standoff.

India banned more Chinese phone apps on Wednesday as tensions continue to escalate along its disputed border with China, with one Indian soldier reportedly killed earlier this week by a Chinese land mine.

The Indian government has blocked Chinese apps from its huge domestic market as a way to strike back against China, and the new measures will prevent Indians from gaining easy access to 118 Chinese apps, including the popular video game PlayerUnknown’s Battlegrounds, which has over 50 million players in India.

Some of the banned Chinese apps, including Baidu, Alipay and some versions of the messaging app WeChat, are operated by the largest Chinese internet companies, like Tencent and Ant Financial. Many of these companies see India as an avenue of growth.

“This decision is a targeted move to ensure safety, security and sovereignty of Indian cyberspace,” said a statement issued Wednesday by India’s Ministry of Electronics and Information Technology.

China and India have been locked in a bitter border dispute for months — though the roots of the conflict go back decades — and tensions sharply rose in June, after Chinese forces beat to death 20 Indian soldiers in brawl.

Both countries have pushed thousands of reinforcements toward the frontier, which winds 2,100 miles through the Himalayas and other mountain ranges. The troops are supported with tanks, artillery, helicopters and fighter jets.

After the clashes in June, which involved hundreds of soldiers battling each other with rocks, sticks, clubs and bare fists, India banned 59 mobile apps including TikTok, ShareIt and Tencent’s WeChat, citing security concerns.

At the same time, a wave of anti-China sentiment swept across India, with Indians taking to the streets in some places and crushing Chinese-made televisions, plastic tricycles and other products to show their anger.