INTERESTING THINGS ABOUT THE NIGERIAN JUST MADE MINISTER IN BRITAIN, KEMI ADEGOKE-BADENOCH

INTERESTING THINGS ABOUT THE NIGERIAN JUST MADE MINISTER IN BRITAIN, KEMI ADEGOKE-BADENOCH 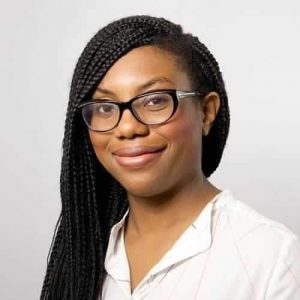 Nigeria will destroy you, make you useless and kill your dream unless you have a strong connection to the political godfathers.

I have met Kemi Adegoke-Badenoch in 2010 while she was distributing flyers of her election campaign to passersby around Dulwich Library in 2010. She was contesting for a member of the London Assembly. She didn’t win and She was 30years old at the time.

In 2012, Kemi Adegoke stood for the Conservatives party in the London Assembly election where she was placed fifth on the London-wide list.

In 2017, Kemi was elected as MP for the Saffron Walden constituency and became the first woman to represent that constituency.

Though Kemi was born in London but grew up in Nigeria where she finished her primary and secondary education and returned to the UK for her university education but why Kemi was able to win elections into London Assembly, House of Commons and became a Minister in a country she arrived at age 16?

Would Kemi have become a councillor in Lagos or Ibadan by relying on her brilliance and articulation of ideas without employing the service of Agberos to snatch ballots or beat up voters, warm the beds of a few political godfathers and agreed to a percentage of her income as a political office holder be shared with her political godfathers every month?

Posted in Featured News | Comments Off on INTERESTING THINGS ABOUT THE NIGERIAN JUST MADE MINISTER IN BRITAIN, KEMI ADEGOKE-BADENOCH
Tags: Nigerian news