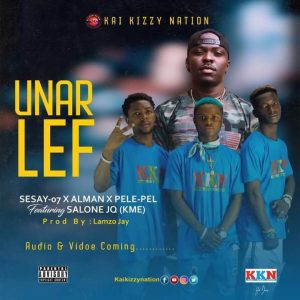 The contemporary rapping lions dwelling among sheep rappers do not only show their accurate lyrical velocity; but also their lyrical aura in taking contemporary rap music to another cadre.

UNAR LEF”* is not only a caution to overrated rappers with no content, but also to rapping miniatures claiming to rule without subjects and crown.

“U can’t be broke and chosed to be a hater” one of the popular phrase from the song.

Be ready to listen to the New Skool lions as they roar fiercely in “UNAR LEF”.