The CEO of TAF Africa Global was received at the Lungi International Airport in the early hours of Monday August 23 2021 by senior management staff of the Ministry of Lands, Housing and Country Planning.

He was taken on an initial tour of vast land sites in the Port Loko District on his way to Freetown.

On arrival in the capital city, Mr. Njei met and had fruitful discussions with the Minsiter of Lands, Housing and Country Planning, Dr. Turad Senesie, ahead of the signing of a Memorandum of Understanding between the Government of Sierra Leone and TAF Africa Global slated for Tuesday August 24 2021.

He is expected to meet the Vice President, visit other land sites in the Western Rural Areas and South/Eastern Sierra Leone before departing the country.

Mr. Njei had earlier visited Sierra Leone in June this year, followed by a return visit of the Minister to The Gambia. 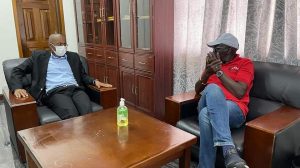 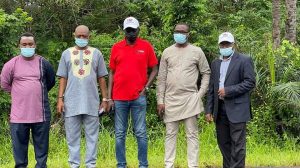 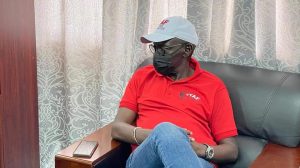