New local lockdown rules for England are due to be announced later. 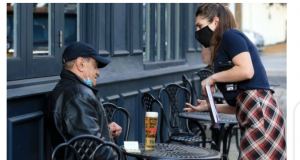 Afrinity Production notify you of the expectation in Liverpool City Region to face the tightest restrictions under a new “three-tier” system, which will classify regions as being on “medium”, “high” or “very high” alert.

According to BBC, Steve Rotheram, the city region’s mayor, says negotiations have taken place through the night but “no deal” has been agreed yet.

Meanwhile, the negotiation between local leaders in England and Westminster continue.

Posted in Featured News | Comments Off on New local lockdown rules for England are due to be announced later.