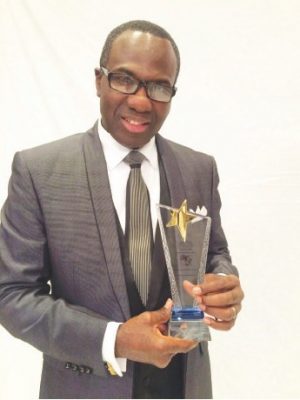 Following the rise in the country’s industry, and thirst for taking the movie sector to the international stage, the Special Movie Awards (SMA) slated for 30th September, this year will mark a birth in the nation’s cinematography, as a result of choosing one of Nollywoods most renowned producer/director to be one of the main anchors for the event.

Popularly known as Director Collins Ajuma, a Sierra Leonean by birth, and a product of the Fourah Bay College in Sierra Leone, he has worked with most of the big names in Nollywood and outside, contributing to the very inner core of the industry at both national and international level.

Collins who has received numerous awards in the movie industry like, Best Film Producer (UK) 2015 by Malisha Da Queen Foundation; Best Supporting Actor 2014 AWOL; Best Sierra Leone Film Producer 2014 by Universal Achievements Awards and many more has managed the careers of prominent celebrities in Nollywood and Ghallywood. They include celebrities in the likes of Desmond Elliot,

Patience Ozoekwo, John Okafor (Mr Ibu), Ghana’s most prolific actor Van Vicker, and Charles Owurum. He has also taken the careers of some Sierra Leoneans to the international stage in the music industry like Kao Denero. 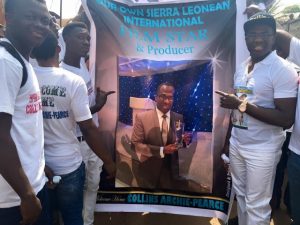 SMA 2016 awards will be a time to celebrate the excellence in the Gambia’s movie industry, having the personality in the likes of Collins Ajuma Archie Pearce gracing our maiden awards means we are on the right direction.