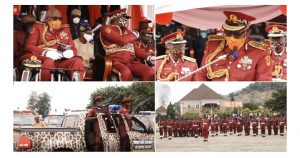 Iraq rejects Turkish military action on its soil after commanders killed in a drone attack in northern Kurdish region. (Previous Post)
(Next Post) ‘I Shall Continue To Offer My Shoulders For You To Climb,’ Atiku Tells Nigerian Youths
Previous Image