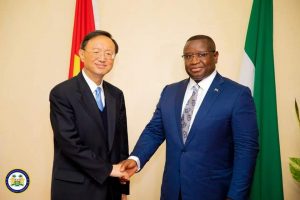 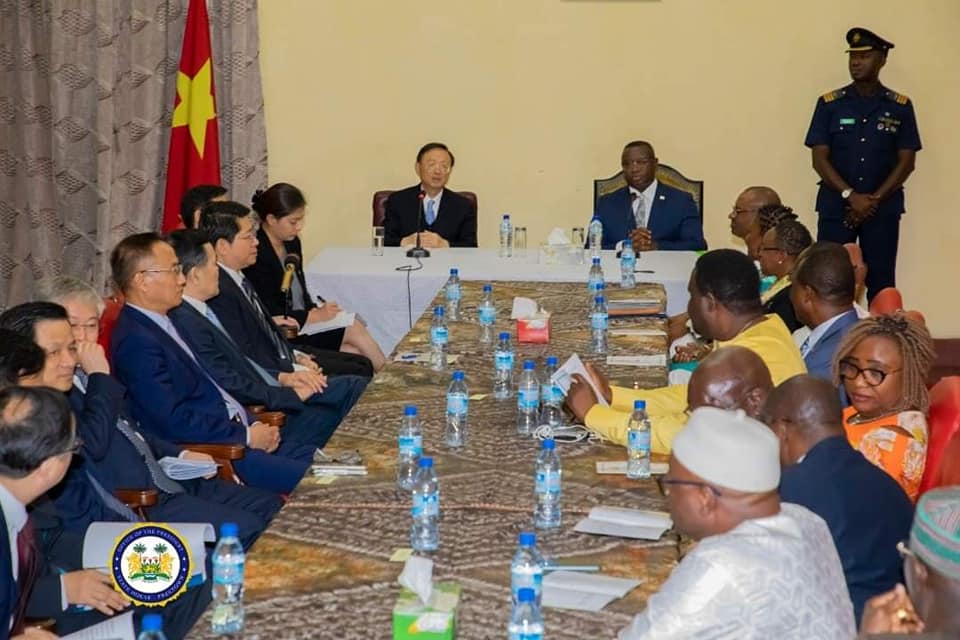 Mr. Yang, who is visiting Kenya, Nigeria and Sierra Leone this month to exchange views on bilateral relations and international and regional issues of common interest, said he was in the country on a special assignment for His Excellency Xi Jinping, President of the People’s Republic of China.

He recalled that during President Bio’s visit to China last year, the two Heads of State discussed a range of issues, including how to further strengthen cooperation between the two countries.

He said China cherished its ties with the West African state and was ready to work with the new administration to further deepen that relationship, maintain close relations and push for greater progress for the benefit of the two counties.

In his brief response, President Julius Maada Bio thanked the delegation for visiting the country saying it was a special visit that heightened the relationship between China and the people of Sierra Leone. He also commended the Chinese government for maintaining its relationship with Sierra Leone and added that he was happy to receive the team.

Yang Jiechi is a high-ranking Chinese politician and diplomat who was the Director of the Office of Foreign Affairs Commission of the Central Committee of the Communist Party of China.