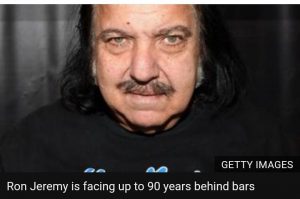 The 67-year-old is one of the biggest names in pornography and has been seen in not less than 2,000 films dating back to the 1970s.

If convicted, he faces up to 90 years behind bars.

Mr Jeremy, whose real name is Ronald Jeremy Hyatt, stands accused of raping a 25-year-old woman at a house in West Hollywood, according to a statement from Los Angeles County District Attorney Jackie Lacey.

Three of the alleged attacks took place in a bar in the same Los Angeles neighbourhood from 2017 to 2019.

He told the magazine he had “never and would never rape anyone”.