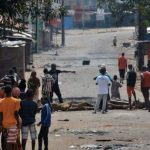 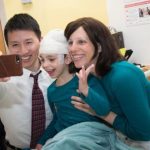 A girl with a deadly brain disease has been given a unique drug that was invented from scratch just for her and in a fraction of the normal time.

In less than a year, doctors at Boston Children’s Hospital in the US created the tailor-made drug to correct specific errors in Mila’s DNA.

She is now having far fewer seizures, although she is not cured.

Batten disease is incredibly rare, gets progressively worse and is always fatal.

Mila was three when her right foot began to turn inwards. A year later she needed to hold books close to her face as her vision was fading and by the age of five she would occasionally fall and her walk became unusual.

At six, Mila was blind, could barely speak and was having seizures.

The disease can be caused by a range of genetic mutations that stop cells being able to break down and recycle waste.

Instead, junk builds up and it can lead to the death of brain cells.