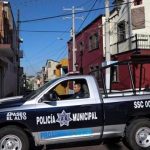 Not less than 24 people were killed in an armed attack on a drug rehab center in the central Mexican city of Irapuato, Mexican police said on yesterday, underlining the challenge the government has in fulfilling a pledge to stop gang violence.

Photos from the incident shared by police with local reporters showed not less than 11 prone and bloodied bodies lying in a room.

‘The attack was one of the worst mass slayings since President Andres Manuel Lopez Obrador took office 19 months ago pledging to reduce record levels of violence. But homicides hit a new record last year and are trending higher still in 2020.’