National assembly argument over the D700m 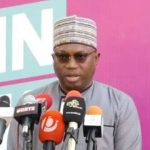