Political Parties in The Gambia

Ganu enlisted as 15th official political party in the Gambia 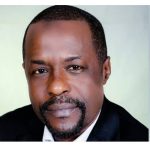 ‘According to the IEC, the colours of the newly formed party are a sea green and sky blue. The party’s symbol depicts people in a circle holding hands as a sign of unity. The motto is ‘Ganu is the solution’ and the secretariat located at Brusubi Phase 1.’

Asked to name the executive members of the party, an insider rolled out the following names: Bakusa Tunkara as the deputy leader, Alhaji Momodou Sanyang as national mobiliser, Nfamara Jammeh as interim executive secretary, Mariama Singhateh as women’s leader and Kaddy Ceesay as the women’s mobiliser.

The enlisting of Ganu makes it the 15th official political party in the country.