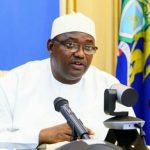 The nomination will be put into existence starting from the1st August 2020, exceeding the recommendations of the Judicial Service Commission.

The appointments of the two Judges would bring the number of full time Gambian judges to seven, with less dependence on part time judges.

It will also provide the Supreme Court with the number required to hear and determine a case of review. These latest appointments are central in increasing the number of Gambian legal luminaries in the Judiciary, an important factor in the judicial reforms under the Barrow administration.