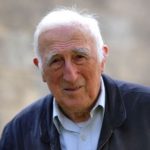 A religious leader who founded a celebrated organisation for people with learning difficulties sexually abused six women in France, an internal report found.

None of the women he abused were themselves disabled, the report says.

An investigation into Vanier was commissioned by L’Arche International last year after suspicions were raised.

The full report is due to be published in the coming days.

“We are shocked by these discoveries and unreservedly condemn these actions, which are in total contradiction with the values Jean Vanier claimed and are incompatible with the basic rules of respect and integrity of persons, and contrary to the fundamental principles on which L’Arche is based,” L’Arche International said in a statement on its website.

The organisation runs homes and centres where people with and without disabilities live together, operating in 38 countries with around 10,000 members.

What does the report say?

Vanier, a devout Catholic, had “manipulative and emotionally abusive” sexual relationships with six women in Trosly-Breuil, France, between 1970 and 2005, according to a statement by L’Arche International about the soon-to-be-published report.

Sexual relations were instigated by Vanier, usually in the context of giving spiritual guidance.

“The relationships […] had a significant negative impact on their personal lives and subsequent relationships.

“These actions are indicative of a deep psychological and spiritual hold Jean Vanier had on these women,” it said.

It also says Vanier asked the women the keep the incidents secret.

The women included assistants and nuns, according to Canadian newspaper the Globe and Mail, which first broke the story.

Father Philippe, who died in 1993, was Vanier’s “spiritual father”.

Vanier publicly denied knowledge of those practices, but the report finds that he was using the same methods.

Vanier’s actions “reveal his own adoption of some of Father Thomas Philippe’s deviant theories and practices which he continued over a very long period of time”, L’Arche International said.

The investigation was carried out by independent UK consultancy GCPS.

Who was Jean Vanier?

The son of a Canadian diplomat, he left a naval career in 1950 to study theology, saying he wanted to “follow Jesus”.

While visiting a chaplain in Paris who worked with men with learning difficulties, he became disturbed by the poor conditions in which the men lived.

He founded L’Arche to provide communities for people with learning difficulties to live alongside people without disability as equals.

There are now 154 L’Arche centres around the world.

Vanier was nominated for the Nobel Peace Prize for his work, and was awarded the prestigious Companion of the Order of Canada.

In 2015, he was the recipient of the Templeton Prize, an award described as “entirely deserved” by the Archbishop of Canterbury, Justin Welby.