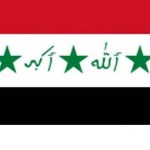 The Iraqi army said Monday a rocket had hit within the grounds of Baghdad airport, where US Soldiers are deployed, in another attack against American interests in Iraq.

While a wave of similar attacks that began in October has since eased, the latest strike came three days ahead of US-Iraqi talks as part of a “strategic dialogue” including on future military cooperation.

A security official told AFP that the attack caused “no casualties or damage”.

‘Baghdad International Airport is closed under coronavirus lockdown measures in Iraq, which has reported some 13,000 cases including 400 deaths from the disease.’

Monday’s rocket fire was the 29th such attack against American troops or diplomats since October.

None of the attacks have been claimed, but Washington has accused armed groups backed by its arch-enemy and Iraq’s neighbour, Iran.

The US withdrew its forces from Iraq in 2011, eight years after leading the invasion that toppled dictator Saddam Hussein and set off a bitter sectarian conflict.

Thousands of American soldiers were redeployed to the country from 2014 onwards as part of a coalition battling the Islamic State group.