US is backing waiver on vaccine legal Production to boost supply. 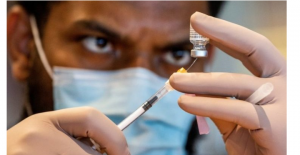 US Trade Representative Katherine Tai said that “extraordinary times call for extraordinary measures”. And she further discloses that it would take time to reach an agreement on the matter of the waiver on vaccine patents.

India and South Africa are the first to proposed the plan, which they said would increase vaccine production around the world.

But drugs manufacturers argue it may not be effective as they think.

According to BBC, one hundred members of the World Trade Organisation (WTO) are said to be in favour, and a panel on intellectual property is expected to discuss the issue next month.

The head of the World Health Organization even called the move a “monumental moment” in the fight against Covid-19.

The India Press also made known of President Biden’s administration in support of the waiving patents on Covid-19 vaccines. The statement has important implications because doing away with intellectual property rights will pave the way for cheaper versions of the vaccine to enter the market and also scale up production.

Posted in Featured News | Comments Off on US is backing waiver on vaccine legal Production to boost supply.

One of the richest American actresses Tiffany Haddish has said she is ready to be a mother now. (Previous Post)
(Next Post) Kettering General Hospital Employee Wins National Award For Pandemic Work!!
Previous Image