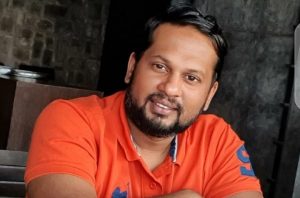 Afrinity Production draw attention to the rights groups and members of civil society in raising concerns over the continued incarceration of a Muslim lawyer in Sri Lanka, adding that his prolonged detention “had a chilling effect on anyone involved in peaceful dissent and advocacy”.

According to Aljazeera, Hejaaz Hizbullah, is a prominent human rights lawyer, and was arrested on “terrorism” charges in April and has remained in detention without charges, with rights groups saying he has been denied due process rights.

Sri Lankan authorities said he had been detained for links to the perpetrators of the 2019 Easter Bombings, which left more than 250 people dead and injured more than 500 – the Indian Ocean island nation’s worst attack since the end of civil war in 2009.

Meenakshi Ganguly, South Asia director at Human Rights Watch, said the police had not presented “any credible evidence” against Hizbullah, adding that he was denied his due process rights and kept in custody despite calls from UN experts “that prison populations must be reduced to prevent the spread of COVID-19”.

The president’s spokesperson Mohan Samaranayake did not respond to Al Jazeera’s request for comment.

Idris Elba: We can all help solve climate change (Previous Post)
(Next Post) No SARS Officer Will Be Part Of New Tactical Team – Police
Previous Image