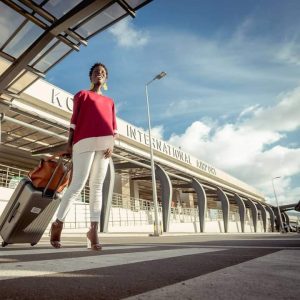 Ghana wins “Airport wars” many people are asking how the Africans threaten Britain into surrendering?

British online news platforms and some news papers have been so busy with the shocking news, the British authorities would now allow flights from Accra, Ghana to land in Heathrow instead of Gatwick as had earlier been proposed by British authorities. Some of the reportage did very little to hide the disappointment with the result of the “airport war” that was started by a proposal by the British late last year. British airways had planned to redirect flights from Accra to London Gatwick instead of Heathrow the most prestigious airport in the United Kingdom Ghana’s aviation ministry rejected this proposal, calling it “unacceptable”. But it did not stop there. The ministry also threatened that if flight from Accra were to land in Gatwick, Accra also will redirect flights from Britain to land in Ghana second largest city Kumasi. The statement from Ghanaians in January had read: (Ghana) will advise itself and take a reciprocal action on behalf of our passengers in the country in coming days if our call for British airways to rescind it’s decision on the movement to Gatwick airport is not needed” initially it seemed to many Observers that the Ghanaians were bluffing. But the ministry doubled down another statement as if to dare their British counterparts, compared to Gatwick, the Kumasi airport dose not receive International flights, Gatwick, which is some 45 miles from Heathrow, is considered less prestigious than Heathrow, even though it receives massive international airlines. Kumasi is a municipal airport and plans to convert it into International station have been proposed by past governments for many years without concrete work the city is also more than 100 miles from Accra. The British authorities rescinded the decision on the 28 March 2021 to allow flights from Accra’s Kotoka International airport to resume landing at Heathrow. The changes to Gatwick would have affected passengers from Accra in many ways. Gatwick is much more far from the center of London than Heathrow. That certainly would have been a course for concern for passengers. Secondly Gatwick receives far fewer flights these days. Ghana and Britain’s relationship have been the longest ongoing aviation relationship which has served for 80 years.