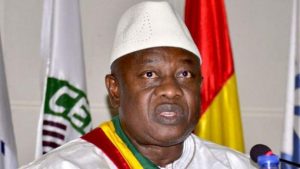 One of the two men who had been declared president of Guinea Bissau resigned on Sunday – after just one full day in office.

Despite not being in the December ballot Mr Cassamá was appointed by parliament, the majority of whose deputies have refused to acknowledge the election victory of the former opposition leader, Umaro Sissoco Embalol.

Mr Embalol was sworn in as head of state at a luxury hotel on Thursday after the electoral commission had again declared him the winner of December’s presidential vote.

The ruling PAIGC party is contesting that result in the Supreme Court.

Despite the resignation of one president, Guinea-Bissau still has two rival prime ministers.