Malaria has already affected approximately 5 million people in Burundi this year; The population of Burundi is 10.86 million in 2017. That’s to say about half its population are suffering from malaria. According to the World Health Organization (WHO) and the United Nations Office for the Coordination of Humanitarian Affairs (OCHA). By July 21, 1,801 people have died of the virus, according to Burundi’s Ministry of Public Health.

According to Global Voice; Malaria, is a mosquito-borne disease caused by a parasite, has long afflicted Burundians and the entire East African region, but this is a marked increase since earlier this year and a 97 percent increase compared to the same period in 2018. 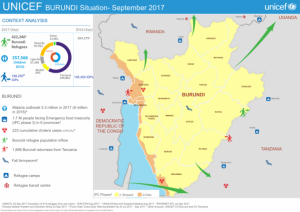 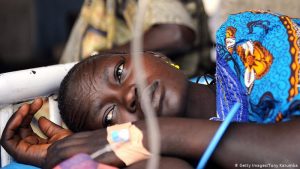 “Authorities in #Burundi must swallow their pride and declare malaria as a national disaster. People are dying and no one seems to care. When will wake up, it will be late. Mark this tweet.” said a commenter on Tweeter.

Another commenter added with a rethorical question and bringing forward the death of a online star who suffered from malaria too. “Does it have to take tragedy to drive change? The death of 6 year old YouTube star Kacaman draws attention to #Burundi, where more than 1,800+ people have died from #malaria this year according to #WHO #EndMalaria”   He said.