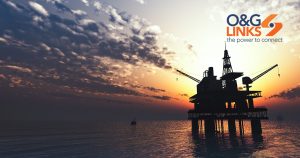 There has been a massive shortage in fuel in the Gambia since the start of this week. Only few fuel station like Jah Oil and Castle are selling Gas at this moment and drivers rush to coastal Road Castle, Brikama Jah Oil station, and West Field Castle to buy fuel.

Most drivers believe that the fuel station do not want to sell gas because the price has skyrocketed.

Talking to a Taxi driver on Wednesday, in whose car Afrinity Reporter boarded, He said;

If the add up the price of the gas oil, then the transportation will increase and government refuses for this to happen. therefore fuel stations refuse to sell gas and says there is a shortage.

Some drivers complain in a Van that they have parked their cars because there is no fuel and they cannot drive their cars without fuel. One of the passengers in the car who is a Van driver says.

A fishmonger who travels from Tanjai to Serekunda every morning to sell fish after buying from the fishermen at the seashore says she fears that this will soon affect traveling and slow down trade.

One Abdou who works at Banjul said

“If fuel increases, transport will increase and if that happens then we earning D5,000 for salary will spend everything on transportation and stay hungry”

However the few gas stations  we visited, we were told that there was no gas. Their tanks were completely empty.

The Ministry of Petroleum and Gambia National Petroleum Company is yet to address this issue.

The country is also undergoing high living cost; where the price of food stuff are increasing at its highest rate by the day. The price of a Bag of rice which is the main staple food of the Gambia has increase and average consumers cannot afford a bag of rice at this time.

The communities has reported the worst power cuts this year. Power has been cut for hours, some go days without water.