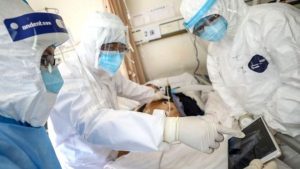 The Ministry of Health in Lagos State has confirmed its first case of the novel Coronavirus disease (COVID-19), incidentally the first in Nigeria and in West Africa since the outbreak in China in January 2020.

This was contained in a statement released Friday morning by the state Commissioner for Health, Prof Akin Abayomi.

It is the second confirmed case in Africa following one recently recorded in Algeria in North Africa.

The novel virus is fast spreading, having been reported in over 20 countries across Asia, the Middle East, Europe and lately in Africa.

Like the case confirmed in Algeria, the victim, an Italian traveller, arrived in Nigeria on Tuesday from Milan on a business trip.

The victim used the Murtala Muhammad International Airport in Lagos.

The victim whose name was not identified is being managed at the Infectious Disease Hospital in Yaba, Lagos.

The Lagos State Government said it has reported it to the Federal Ministry of Health.

The statement from the government read, “The case is an Italian citizen who entered Nigeria on the 25th of February from Milan, Italy for a brief business visit.

“He fell ill on the 26th February and was transferred to Lagos State Biosecurity Facilities for isolation and testing. COVID-19 infection was confirmed by the Virology Laboratory of the Lagos University Teaching Hospital, part of the Laboratory Network of the Nigeria Centre for Disease Control.

“The patient is clinically stable, with no serious symptoms, and is being managed at the Infectious Disease Hospital in Yaba, Lagos.”

The state government said it is working with the Nigeria Centre for Disease Control and other preparedness groups to ensure the case is effectively managed out of circulation.

The Senate had yesterday berated the Federal Government for not doing enough to screen passengers coming into the country from the nation’s airports and seaports.