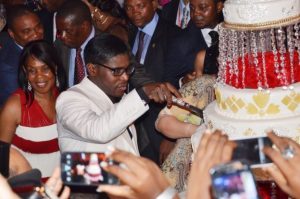 Teodorin Obiang, 50, had challenged his 2017 conviction for embezzlement, but the court gave him a heavier sentence by refusing to suspend the fine.

The court upheld a ruling of a lower court to seize his assets in France.

He is the son of President Teodoro Obiang Nguema, who is Africa’s longest-serving leader.

The president has been in power in the oil-rich state since 1979, and appointed his son as his deputy in 2012.

The case against Obiang was triggered by anti-corruption campaign group Transparency International and a similar non-government organisation, called Sherpa.

Obiang denied the charges, saying his wealth had come from legitimate sources.

He was not in court for his trial or appeal. His lawyers previously accused France of “meddling in the affairs of a sovereign state”.

Between 2000 and 2011 Obiang acquired a collection of luxury assets and properties in France, including the €25m Avenue Foch mansion.

The fate of the mansion is unclear, as Obiang’s lawyers have filed an appeal with the International Court of Justice arguing that it should be offered the same protection as a diplomatic building, AFP reports.

Last year, the cars – among them Lamborghinis, Ferraris, Bentleys and Rolls Royce – were sold at an auction for about $27m.

Under a deal with prosecutors, some $23m will go to social projects in Equatorial Guinea, a former Spanish colony where poverty is rife.

Prosecutors said Obiang had plundered his country’s oil wealth to buy luxuries, including a private jet and Michael Jackson memorabilia.