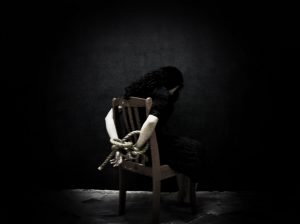 Beirut, Lebanon — Wendy’s boss glared at her as she chopped coriander. Stone-faced and angry, he charged out of the kitchen to speak with his wife.

It was the culmination of what she says was months of humiliating and racist abuse. “Whenever I remember that part, I normally shed tears. It was painful,” says Wendy, recounting the incident to CNN two years later in a small apartment in Beirut’s eastern outskirts, her baby daughter on her lap.

At that moment, she decided to escape.

Wendy — a pseudonym for her protection — became pregnant a year after she left her job as a live-in worker. She moved from one cramped house to the next, searching for part-time domestic work while sidestepping police crackdowns on migrants who don’t have sponsors.

Then a devastating economic crisis struck Lebanon last October and her living conditions went from bad to worse. She now spends her days with her three-month-old baby, waiting for the phone call that could end her years-long horror: her country’s consulate telling her that she can finally go home to Kenya.

Wendy’s not the only domestic worker waiting for the call that would green-light her exit. Growing numbers of women — who came to Lebanon in better economic times to earn a living and send money back to their families — are scrambling to return to their home countries. But many lack immigration papers, including their passports. Workers who are undocumented face growing penalty charges for breaking the terms of their visas, and risk prison time. Some also must contend with court cases against them by ex-employers.

Rights groups estimate that tens of thousands of migrant women in Lebanon are undocumented. For these workers, the hurdles to leaving the country could amount to a dead-end.

The coalition called on embassies and Lebanese authorities to acknowledge that the predominantly African and South Asian migrant workers — estimated by Amnesty International to be more than 250,000 people — were “hit hardest” by Lebanon’s economic and political crisis.

Since October, Lebanon’s economy has buckled under soaring prices, a tanking currency, ballooning unemployment and a growing debt crisis.

The Lebanese Pound has lost over 50% of its value, limiting migrant women’s ability to send financial support to their families. With plummeting demand for their work, many have stopped sending remittances and are sinking deeper into poverty.

“Hundreds of (migrant domestic workers) stay months in prison awaiting money for their ticket and their embassies’ support in providing new traveling documents,” the statement said. “Under the economic crisis, this is even worse: migrant workers are trapped in Lebanon and face further exploitation and abuse.”

Posted in Featured News | Comments Off on Thousands of women are trapped in Lebanon. They risk jail time to leave