An Interview With Musician Singhateh Rise. 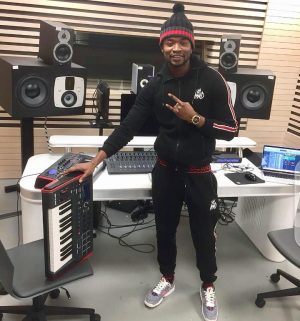 Afrinity Production brings to you their exclusive interview with Alhagie Singhateh commonly known as Singhateh Rise, a Gambian musician and producer living in Norway.

Born and raised in Bansang in the Central River Division, he is 36 years old.

Singhateh have been in the music industry for more than a decade, precisely 13 years and have four albums in his name.

He works for himself as a musician an and independent artist and also work for other artist who wants his service as a producer and sound engineer.

His real life situation was inspired by the song he made for Gambia high school and Saint Agustine high school call the “Gam-saints reconciliation” in the late 2000´s, that is where his career as a musician started and that was what led him to where he is today.

According to Singhateh, music has been a passion for him ever since, “after graduating from high school I decided to kick off from there for it is one of the things I like the most,” he said.

“But likewise other artist I took music as a profession not just about singing , I build house as an entity and thats what lead to my early success in The Gambia and abroad”, he lamented.

After several tour in and out of The Gambia for 10 years, he decided to stay in Norway and he just completed his studies as a sound engineer from Noroff school of science and technology.

Asking what he dislike about the music world, he replied, “I am happy how technology has evolved and that helps lots of artist to get access to studio and make music compared to 10-15 years back. The only think I dislike about todays music most of them are too computarise and the quality lacks in most of them.”

Singhateh have worked with lots of artist both local and international , he said everyone has their own style but for the fact that Gambian don’t take ownership and celebrate people’s achievements makes it difficult for the artist to to compare themselves with the artist he want to compare himself with.

His goal at the moment is to work and make money and also take his bachelors degree next year as a sound engineer and in the future he want to build his record label where he will be signing and producing local and up coming artist.

When asked what he can’t live without, he replied “music, music, music.”

Posted in Featured News | Comments Off on An Interview With Musician Singhateh Rise.