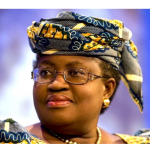 Afrinity Production reveal the Federal Government of Nigeria’s statement, saying, they will continue to engage relevant stakeholders to ensure the emergence of Dr Ngozi Okono-Iweala as the next Director-General of the World Trade Organisation (WTO).

According to Channels, a spokesperson for the Ministry of Foreign Affairs, Ferdinand Nwonye, gave the assurance in a statement on Thursday in Abuja.

He noted that the third and final round of the selection process for the director-general of the global organisation was concluded on Tuesday and the result was formally announced the day after.

Nwonye added that Okonjo-Iweala, a former Minister of Finance, had gotten the support of the majority of the member countries.

He, however, explained that she was yet to be declared and returned the winner because all the 164 member states of the organisation were expected to adopt the winner by consensus. 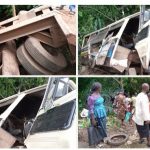 Afrinity Production unveil the tragic accident of a school bus which lead to the dead of twenty-one people, including schoolchildren in Enugu State, south-east Nigeria.

According to Channels TV, he explained that the nature of the accident was a collision that involved a school bus and a trailer in the state.

Kalu added that the incident happened at Mgbowo in Awgu Local Government Area of the state, saying it was as a result of dangerous driving. 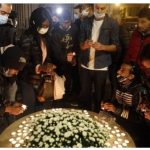 Afrinity Production reliably discloses the mourning of southern French city of NICE for the stabbing of three people to death in a suspected jihadist attack at a church.

A makeshift memorial has been set up outside the Notre-Dame basilica, where people have placed flowers and lit candles for the victims.

He is to hold an emergency meeting with senior ministers on Friday.

Meanwhile, security has been stepped up at places of worship and schools across France following two similar attacks within two weeks. Earlier this month a teacher was beheaded in a Paris suburb after showing controversial cartoons of the Prophet Muhammad to some of his pupils.

New Zealand voted for legalization of “Euthanasia”, that is for dying to be legal for terminally ill people 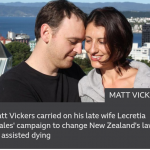 Afrinity Production unveil the New Zealand’s vote to legalise euthanasia in what campaigners have called “a victory for compassion and kindness”.

Preliminary results showed 65.2% of voters supported the End of Life Choice Act coming into force as a new law.

The law will allow terminally ill people with less than six months to live the opportunity to choose assisted dying if approved by two doctors.

The referendum results announced on Friday do not include an estimated 480,000 special votes, including overseas ballots, so the final outcome will not be confirmed until 6 November. But with such strong support, the decision is not expected to change.

The referendum is binding and the law is expected to come into effect in November 2021.

It will see New Zealand join a small group of countries, including the Netherlands and Canada, which allow euthanasia.

Fatou S. Bojang is one of Gambia’s favorite Actresses. 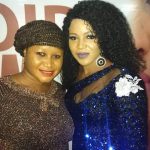 Afrinity Production draw cognizance to Fatou S. Bojang, a 38 year-old Gambian actress currently working with the National Accreditation & Quality Assurance Authority (NAQAA) as an Accounts Officer. She is an Accountant by profession and on top of that, a part-time Actor.

Fatou is one of the most talented actors in the Gambia, isn’t she? Apart from that, she comes from a very humble background and well known for her Mandinka movie role in AISHA where she caught everyones attention.

She was born and raised in Sukuta, West Coast Region. She did both her primary and junior
secondary education in Sukuta. For high school, she proceeded to Nusrat Senior Secondary School after which she went to Management Development Institute (MDI) to enroll in a Professional Accountancy Course call Association of Accounting Technicians (AAT). The Actress also did a short-term training programme in Financial Accounting in India. 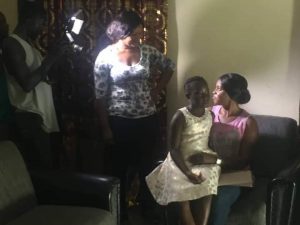 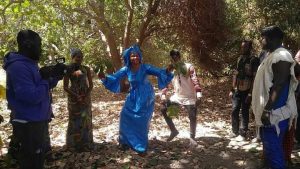 The Actress had a classic story that defines the phrase ‘motivat and rise above all odds’. In her teen years, she was living in a circle of motivation and she was very happy and there was something charming about her passion for change.

Fatou is into acting because of her passionate for it, even though the Gambia movie industry is “working-in-progress” and one can’t entirely rely on it. Despite that struggle, she can’t let go as she is so much in love with acting.

What inspired was her is a friend and was during her younger age. “He lost his mother at a very tender age and he was staying with his stepmother. The kind of mistreatment this boy went through was unbearable. As young as he was, he was doing all the domestic chores in that house. Despite his half siblings being there, they do nothing. He was subjected to all kinds of insults and harassments. Sometimes, he goes to school barefooted with no lunch or money. To cut it short, he went through hell. If I still recall what this friend of mine went through, I always cry. The saddest thing was, after all that he was subjected to, he didn’t survive it, so he passed away.”

“From that point on, I was inspired to act to bring out the different roles in educating others out there who are doing the same thing and to make a difference in whatever small or big way I can contribute”. She said.

When asked why acting, she said acting is something she love doing and that where her passionate comes from. Besides that, she draw attention on the important roleactors in our societt as they educate, entertain and above all, inform on how, when and what do in different situations.”Actors put into visual, real-life stories and experiences that society can actually learn from and at the same time getting entertained”, she elaborated.

“The saddest thing is, in The Gambia most people see us (Actors) as jokers or clowns and they do not take us seriously like our neighbouring countries do. We are not viewed in high regards as citizens who have the potential to contribute to the development of the country socially and economically. So far, what is keeping us going in the film sector in The Gambia is the passion/love for the art itself and nothing more, as it’s not paying enough at all.”

“For the wider world, most people tend to judge you based on the roles you play as an actor
instead. When you feature as a prostitute, a drunkard, an arm robber, heartless or cruel person, most people think that is your true nature not knowing that you are just trying to
perform a role that you were given to play”, she lamented.

Fatou looks up to the following people;
Malafi Manneh of Bolong Daala Drama and Cultural Troupe for being a person at his age, still able to dance, sing and his role interpretation is just amazing.And for being there for so many years, showing so much love for the industry.

Jennifer Lynn Lopez or J.Lo of Hollywood, for her comportment, fashion and role interpretation.

Monica Davies, who is also her best friend and also for being an outstanding actress and does her work to expectation. Furthermore, they have been friends for more than a decade now and all that she had shown me is love, care and sisterhood. “I commend her for always being there for me. She is one person I can say openly that we are very close,” she said.

Her professional goal is to boost and place the Gambia movie industry to the limelight through lots of collaborations with outside countries to create that market for the Gambian content in the wider world. Also capacity building in
forms of seminars, training workshops, etc. to enhance the Gambian Cinema to be able to create jobs for the youth. 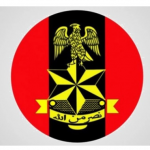 Afrinity Production draw attention to the insisting of Nigerian Army that soldiers did not shoot at protesters at the Lekki Toll Gate area of Lagos State.

Although they admitted that soldiers were deployed to ‘restore normalcy’ in the area, the Acting Deputy Director, 81 Division, Army Public Relations, Osoba Olaniyi in a statement described reports of a massacre by the officers as “untrue, unfounded, and aimed at causing anarchy in the country”.

Olaniyi also stated that the decision to involve the military was taken by the Lagos State Government after a 24-hour curfew was imposed.

Although videos that later surfaced online showed men in military uniform firing the gunshots, the military immediately debunked the allegations, labelling them as ‘fake news’.

According to the state government, investigations are currently ongoing, with a panel of judicial inquiry and restitution already commencing sittings.

At least 25 people killed and dozens wounded in attack on eastern Azerbaijan, as clash over Nagorno-Karabakh intensifies. 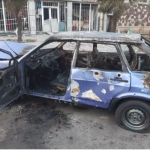 Afrinity Production make known the accusations made by Azerbaijan on Armenia for using cluster munitions in two days of attacks, killing at least 25 people and wounding dozens in Barda, eastern Azerbaijan, near Nagorno-Karabakh.

Armenia has denied carrying out the attacks on Tuesday, when four people were killed, and Wednesday, when 21 died.

“My father passed away years ago, and Fuad was the man of our family. After the first shelling, he went out to see what happened.

“The second rocket landed when he went outside. He was young. How can I live without my brother?”

“I saw dead bodies, injured people, everything was ruined,” she told Al Jazeera.

“After the the things l witnessed today, I don’t know how we will continue our normal lives, it is so hard after all of this. l believe that civilians should not be targeted in war. This is crime, terrorism. Stop it, Armenia.” 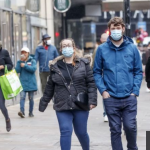 BBC said, the study by Imperial College London, says the pace of the epidemic is accelerating and estimates the number of people infected is now doubling every nine days.

The authors say we are at a “critical stage” and “something has to change”.

France and Germany have turned to forms of lockdown to control the virus.

“We don’t have a plan, today, to do a full national lockdown,” he said, adding such a move “would be destructive to people’s lives and livelihoods and broader health and wellbeing”.

A national “firebreak” lockdown is ongoing in Wales, while Northern Ireland has tightened restrictions, including closing schools, and Scotland will later confirm details of a new tiered alert system.

Experts are warning that we are fast approaching the peak in infections seen in the spring.

The React-1 study is highly influential because it is the most up-to-date assessment of Covid-19 in the country, with the last swabs taken only on Sunday and nearly 86,000 volunteers taking part.

A further 24,701 new coronavirus cases were reported on Thursday – but the Imperial College study randomly tests asymptomatic people to estimate the number of overall new infections. 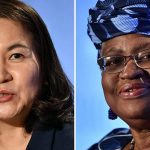 Few countries did not vote for either candidate.
Dr Okonjo-Iweala will be Unveiled as the new WTO Director General by first week of November © Chidi Cali. 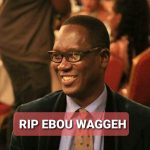 Rest in Perfect peace our father of The Gambian Cinema.

Very humbled Daddy, you will be forever remembered!