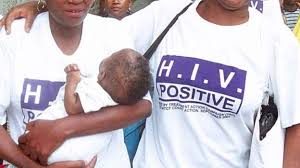 Dozens of HIV-positive women in South Africa have been sterilised without their consent or were pressured to agree just before giving birth, an official inquiry has found.

State hospitals had violated the dignity of the women and “forced sterilisation subjects women to inhumane conditions and torture”, the Commission for Gender Equality said, when releasing its findings.

The commission, which is a statutory body, concluded a five-year investigation into 48 cases brought to its attention by two civil rights groups, Reuters news agency reports.

, telling them that carriers of HIV should not have children and they risked death if they had another baby.

“In some instances, complainants were given the forms while they were in extreme labour pain and were told that they would not receive medical assistance until they had signed the forms,” the report said.

The commission added that it was difficult to conclude the investigation because patients files had “disappeared” from hospitals.

Commission chair Tamara Mathebula said it was “not clear how widespread this problem is in South Africa, but we are hoping that the recommendations of our investigation will open the lid to matters that are not yet known in full”.

Health Minister Zwelini Mkhize had requested an urgent meeting with Ms Mathebula to discuss the report, his department was quoted by Reuters as saying.