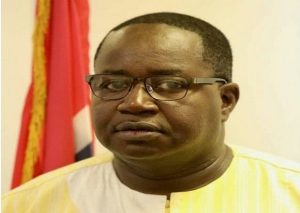 The Gambia Government has deproved allegations of a coup in the future.

It read: “In the wake of malicious and subversive audio messages circulating on social media warning The Gambia Government of a looming coup plot allegedly being hatched by some private citizens and senior government and military officials, the public is hereby informed that these are outrageous and baseless allegations.
“In total, all these audio messages being circulated are orchestrated by detractors and agent provocateurs who do not in any way wish The Gambia well contrary to what they claim in their audios.

“Their intention is to inject fear, panic, general apprehension and discord in public and within government circles. Therefore, no sooner had the audios hit the airwaves yesterday than the various security and intelligence services— SIS, police, military and Ecomig, conducted joint investigations to establish their veracity across the country.

“The government is pleased to announce that the totality of these tapes is false; they constitute fake news calculated to destabilise our fledgling democracy.

“Unlike the past dispensation where such wild allegations could have landed innocent citizens in unwarranted arrests and other forms of trouble, The Gambia Government exercised utmost maturity in handling these potentially incriminating recordings.

“As such, not a single officer or civilian was questioned, arrested or interrogated as the audios had intended the government to do. Also, no weapons were found nor the vehicle they claimed carried the cache of weapons for the imaginary coup operation.

“Preliminary investigations have established that two Gambians, Omar FS Sanneh aka Baitulah and Momodou Marong are complicit in the recording and subsequent dissemination of these provocative audios that have succeeded in sending fear and general apprehension among some Gambians both at home and abroad.