How GAF, Others Contain the Bush fire that Ravage Part of Jammeh’s Residence

How GAF, Others Contain the Bush fire that Ravage Part of Jammeh’s Residence 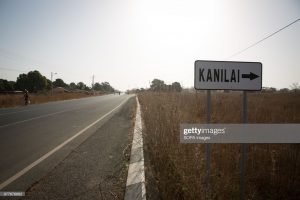 Gambia Armed Forces Four Infantry Battalion Commander in Kanilai has confirmed that his forces, firefighters and villagers came together to extinguish the bushfire that burnt the former Gambian leader’s farm and park.

The bushfire which started from Allakunda spread to Kanilai burning the former Gambian leader’s mango and cashew plantations, part of the palm oil farm, the warehouse in the farm and one of the pavilions in the mini stadium.

Lt Colonel Ebrima Krubally said: “We had to switch off the electricity here so that the fire will not spread to the village. We used the branches of trees to extinguish the fire. The Fire and Rescue Service did not have the necessary equipment to respond to this situation. Only one of their fire tenders was working and it has capacity to carry only 800 litres of fuel.”
Jalamang Jammeh brother to the former Gambian leader rubbished reports that some animals including cattle and donkeys died as a result of the fire outbreak.

Jammeh said: “No person or animal died as a result of the fire incident. The fire did not spread to Yaya Jammeh’s house (mansion). We all came together to extinguish the fire. It was a difficult task, but we were able to contain the situation. We experience bushfire every year, but this one is very serious. Its magnitude is not in any closed to what we used to experience here. I am sad because the grass field where my cattle used to graze has been consumed by the fire. I do not have the means to buy hay to feed my animals.”

Jerreh Colley a ranger in the park confirmed that all the animals were safe.

Colley said: “The hyenas, the crocodiles, the birds, zebras and other animals are safe.”

The grass and trees closed to the crocodile ponds were burnt, but the crocodiles were seen diving in the pond.

Colley, who was smiling while looking at the hyenas, said the animals were hungry and needed food.

Posted in Featured News | Comments Off on How GAF, Others Contain the Bush fire that Ravage Part of Jammeh’s Residence
Tags: Gambia news