Huawei: US issues new charges of racketeering and theft

Huawei: US issues new charges of racketeering and theft 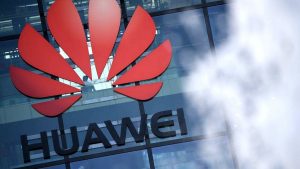 The US has expanded its lawsuit against Huawei, accusing the Chinese telecoms giant of a “decades-long” plan to steal technology from US firms.

Prosecutors said Huawei had violated the terms of partnerships with US companies and stolen trade secrets such as source code and robot technology.

It adds to a list of other charges brought by the US last year.

Those accused Huawei of violating US sanctions and stealing technology from T-Mobile. Huawei has denied the claims.

The firm, one of the world’s biggest smartphone makers, said the US is targeting it because its expansion is a threat to American business interests.

Meng Wanzhou, its chief financial officer and the daughter of the company’s founder, is still being held in Canada where she is fighting extradition to the US.

She is wanted there on charges of fraud and sanctions violations – claims she denies.

“This new indictment is part of the Justice Department’s attempt to irrevocably damage Huawei’s reputation and its business for reasons related to competition rather than law enforcement,” the company said.

In the updated indictment, the US accuses Huawei of racketeering and trade secret theft, and gives more detail about the firm’s efforts to evade US rules on doing business with Iran and North Korea.

“As a consequence of its campaign to steal this technology and intellectual property, Huawei was able to drastically cut its research and development costs and associated delays, giving the company a significant and unfair competitive advantage,” prosecutors said.

Huawei said the new charges are a “contrived repackaging” of claims that have already been litigated in civil court.

“The government will not prevail on these charges which we will prove to be both unfounded and unfair,” the company said.

The new charges, filed in federal court in Brooklyn on Thursday, suggest the US is not backing away from its fight over Huawei, which has added to tensions between the US and China, and complicated American relationships with allies.

The US has pushed partners such as the UK to ban Huawei technology from their networks, maintaining the company’s equipment could be used for spying by China.

Despite the pressure, the UK last month announced it would continue using Huawei technology in its growing 5G networks, but with restrictions.

Posted in Featured News | Comments Off on Huawei: US issues new charges of racketeering and theft
Tags: Breaking news