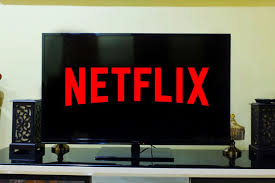 Netflix has been accused of committing “superhighway robbery” by not paying any corporation tax in the UK.

Labour MP Dame Margaret Hodge told MPs the taxpayer was “being taken for a ride” by the video streaming service.

Quoting research from the think tank Tax Watch, she said the firm should have paid over £13m in UK tax in 2019 but “deliberately avoided” doing so.

Netflix says it complies with the rules of countries it operates in, adding that taxation reform is needed.

The company said it supported “the OECD’s (Organisation for Economic Co-operation and Development’s) proposal for companies to pay more tax in the countries where their operations help generate value”.

Responding for the government in the debate, Financial Secretary to the Treasury, Jesse Norman, told MPs he could not comment on individual companies.

But, he added, under international tax rules the UK was already entitled to tax the share of a company’s profits that relate to production activities.

And he said that creative industries made an important contribution to the economy.

Dame Margaret, who has waged a long-running campaign against big tech firms over alleged tax avoidance, called for the government to extend its new digital services tax to cover video streaming services when it comes into force on 1 April 2020.

The current plan will see the likes of Facebook, Google and Amazon pay 2% of revenues to the Treasury to correct the “misalignment between the place where profits are taxed and the place where value is created”.

The ex-Labour minister said including Netflix would ensure the firm, whose whose hit shows include The Crown, “starts to pay its fair share”.

According to estimates by Tax Watch, Netflix had 11.62 million subscribers in the UK in 2019.

The think tank said this would have generated £1.1bn in income for the company, with an estimated profit of £69m – meaning it should have paid £13m in tax.

In its latest filing with Companies’ House, the UK arm of Netflix said it only made profits of £2.35m in the country.

Dame Margaret, who chairs the all-party parliamentary group on responsible taxation, also said Netflix received £924,000 from the UK government via the high-end television tax relief, given to companies that produce television shows in the UK.

She told MPs: “Netflix takes out of the public purse more than it contributes in corporation tax. While Her Majesty’s Revenue and Customs fails to collect money from it in corporation tax, the US government is extracting tax from the same profits that it earns here and then hides in unknown tax havens.”

She added: “What is particularly galling is that Netflix actually makes a net profit from the UK taxpayer. In the last two years it has received nearly £1m from the government in tax credits, and that is just the start.

“It is nothing less than superhighway ​robbery. The UK taxpayer is being taken for a ride. We are actually handing over cash while Netflix stashes money offshore.”

Dame Margaret said that Netflix was “far from the only culprit” and “tax credit abuse is rife in other industries, including film and video games”.

In response, Treasury minister Mr Norman said: “The government does recognise that some multinational businesses have sought to avoid paying their fair share of tax in the UK by entering into contrived arrangements to divert profits to low tax jurisdictions.

“The effect of this is to deprive the Exchequer of revenues needed to fund the public services on which we all rely.

“It’s completely unacceptable, which is why the government has taken robust action designed to inhibit or prevent it.”

He said the government’s digital services tax was designed to target companies that “rely on their users to create value where that value is not recognised under current international tax rules”.

But the new tax was meant to be a “temporary measure pending ​agreement of a long-term global solution, potentially including the United States, that will address the wider challenges posed by digitisation”.

He also reminded MPs that Netflix was “planning to invest about £232m in Shepperton Studios”, near London, which, he said, was “not a trivial act”.

Mr Norman said businesses should be “incentivised” to invest in the UK’s creative economy, and added: “It is equally right that HMRC should subject large businesses to an appropriate level of scrutiny and my understanding is they are actively investigating around half of the UK’s large businesses at any given time.”

Netflix said in a statement: “We believe that international taxation needs reform and support the OECD’s (Organisation for Economic Co-operation and Development’s) proposal for companies to pay more tax in the countries where their operations help generate value.

“In the meantime, we comply with the rules in every country where we operate.

“The Tax Watch report has a number of inaccuracies, including that Netflix has a Caribbean-based entity.

“This is no longer the case as we significantly simplified our tax structure last year.

“Netflix continues to invest heavily in the UK – spending more than £400m on local productions in 2019, which helped to create over 25,000 jobs and training placements.”

Posted in Entertainments, Featured News | Comments Off on Netflix accused of ‘superhighway robbery’ in Parliament