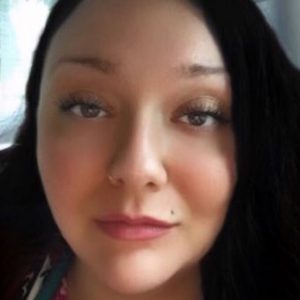 Last year Rose Kalemba wrote a blog post explaining how hard it had been – when she was raped as a 14-year-old girl – to get a video of the attack removed from a popular porn website. Dozens of people then contacted her to say that they were facing the same problem today.
The nurse stopped at the doorway leading out of Rose’s hospital room and turned to face her.
“I’m sorry this happened to you,” she said, her voice shaking. “My daughter was raped too.”
Rose looked at the nurse. She couldn’t be older than 40, Rose thought, her daughter must be young, like me.
She thought back to the morning after the assault, to the conversations with the emotionless policeman and the clinical doctor. Everyone had used the phrase “alleged” when referring to the violent, hours-long overnight attack that Rose had described to them. With the exception of her father and grandmother, most of her relatives hadn’t believed her either.
With the nurse it was different.
“She believed me,” Rose says.
It was a small crack of hope – someone recognizing and acknowledging what had happened to her. A wave of relief washed over her, which felt like it could be the start of her recovery.
But soon hundreds of thousands of people would see the rape for themselves and from those viewers she received no sympathy.
A decade later, Rose Kalemba brushes her thick thigh-length black hair at the bathroom mirror, twirling the ends with her fingers to form natural ringlets. This wouldn’t have been the case in the months after her attack – all the mirrors in her home had to be covered with blankets, as she couldn’t bear to catch her reflection.
She is now 25 and she has organized routines of self-care into her daily life.
Taking care of her hair is one. Combing it takes time and effort, it’s almost an act of meditation. She knows she has beautiful hair, people comment on it all the time. Every morning she also makes herself a cup of cacao, a pure, raw form of chocolate that she believes has healing qualities, and writes down her goals in a diary.
She deliberately puts them in the present tense.
“I’m an excellent driver,” is one goal. “I’m happily married to Robert,” is another. “I’m a great mother.”
Sitting down to talk, Rose pulls her hair over her shoulders – it covers most of her body, her own armour.
Growing up in a small town in Ohio, it wasn’t unusual for Rose to go for a walk alone before bedtime. It cleared her head, she enjoyed the fresh air and peace. So that evening in summer 2009 started like most for 14-year-old Rose.

But then a man appeared from the shadows. At knifepoint he forced her into a car. Sitting in the passenger seat was a second man, aged about 19 – she’d seen him around town. They drove her to a house on the other side of town and raped her over a period of 12 hours, while a third man filmed parts of the assault.

Rose was in shock – she could hardly breathe. She was badly beaten and stabbed on her left leg, her clothes bloody. She fell in and out of consciousness.

At some point, one of the men got out a laptop and showed Rose videos of attacks on other women. “I am of first nations ethnicity,” she says. “The attackers were white and the power structure was clear. Some of the victims were white but many were women of colour.”

Later, the men threatened to kill her. Forcing herself to collect her senses, Rose began to talk to them. If they released her, she wouldn’t reveal their identities, she said. Nothing would ever happen to them, no-one would know.

“The worst videos were the ones where I was passed out. Seeing myself being attacked where I wasn’t even conscious was the worst.”