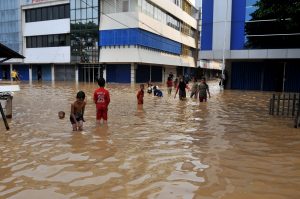 Jakarta is sinking scientist say the capital is dropping below sea level at alarming rates. 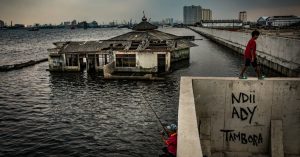 The president of Indonesia announced the government plans to relocate the capital city on the east of Borneo Island as concerns grow over the sustainability of the congested and rapidly sinking Jakarta.

Putting forward his reasons for moving the capital he said: “First, it has fewer earthquakes, floods and forest fires. Second, it is strategically located as it lies right in the center of the country. Third, it is located near developed cities including Balikpapan and Samarinda. Fourth, it has sufficient infrastructure and fifth, some 180,000 hectares of government land is available.”

Some residence believe that the government should concentrate on fixing the problem with Jakarta than movie the capital.

Relocating the country’s administrative and political heart could spell the death knell for the megacity of Jakarta, which has a population of 10 million, but swells to three times that size when the greater metropolitan area is included.

Local environmental NGO leader Hafidz Prasetyo told Channel News Asia that, “as a conservation area, [Bukit Suharto] should be a home for sun bears, local birds and other kinds of animals as well as teak woods, bengkirai woods and those should be preserved. “The development of hotels and shopping centres will need extensive land clearing. We actually reject the plan.”

The northern part of the city is disappearing into Jakarta Bay. Flooding is endemic in the rainy season because 13 rivers run through the city and are unable to drain uphill into the bay. Sea walls have been constructed to try to prevent inundation but they too are subsiding into the mud. About 40 per cent of Jakarta now lies below sea level. 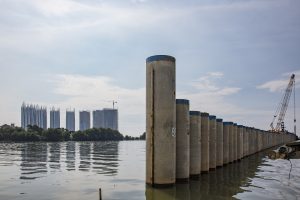 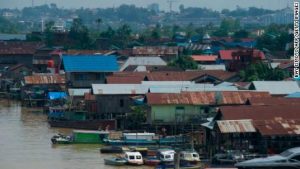 First president of the republic of The Gambia Sir Dawda Kairaba Jawara has passed away. (Previous Post)
(Next Post) The EU Ambassador affirms that the Gambian government can always count on the EU for support as long as it keeps its democratic transition
Previous Image