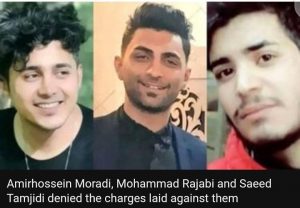 With 595 New Infections, Nigeria’s COVID-19 Cases Surpass the 33,000 mark (Previous Post)
(Next Post) Friends and family gather around the coffin of Jakelin Caal, a seven-year-old girl who died after developing a high fever while in the custody of US Customs and Border Protection.
Previous Image