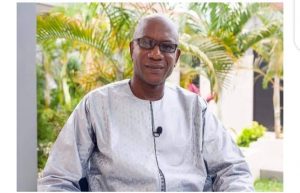 The leader of the Ex ruling People’s Progressive Party has condemned the escalation of hate speech based on ethnic remarks in the country.

“If we allow ethnic considerations and tribalism in the country, it will create conflicts which in turn will demolish our one gambia, one nation principle which can be regarded as the foundation of our democracy,” Papa Njie told supporters at a rally in Banyaka.
Mr Njie appealed to PPP supporters and all Gambians to desist from belittling or insulting one another’s ethnicity, language or race, arguing that all politicians should speak out against tribalism.

“As politicians we shall inculcate the spirit of one Gambia and one people to our followers. No tribe can solely make anyone president,” he added.
He said the PPP leadership is committed to removing tribalism, divisions, ethnicity and hatred from the country’s politics so as to build one united nation that all Gambians can be proud of.

“As Gambians we are one nation, one people and one country and we must eliminate any negative divisions that tend to impede our development as a people. Transformation of the country will not be realised if every single tribe in the country advanced their own interests based on very narrow considerations. Do not allow anyone to divide you based on tribal lines – reject those who politic based on tribes. Politics is about national development and not about tribe. We should try and build a Gambia where we will identify each other as Gambians and not based on tribes. That will only take us backward,” he noted.

Njie, who exceeded to the leadership of the PPP after a controversial congress which divide the party, said Gambians should be cautious on which political party decide to elect as their next president.