Nigerian returnees left hopeless after coming back from SA

Nigerian returnees share their ordeal coming back from SA 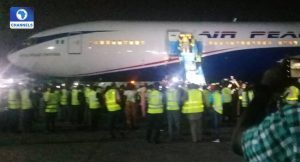 The anti-foreigner attack in South Africa has left many foreigners trembling in fear. The xenophobic attack by South African citizens started 2 weeks ago and still continues as South Africans insist that foreigners go back to where they come from else they will keep on executing foreigners until they live their country.

During these attacks foreigners have lost everything they have worked for in the blink of an eyes and nothing was left with them yet they are force to live in fear. When the rescue came they grab the opportunity to run for their lives as South Africa is no longer safe for them. Nigerians being the most targeted and were the most affected in this incident.

On Wednesday evening, Air Peace flight lifted 100s of Nigerians and Thursday another 200 was lifted. more than 600 Nigerians are set to come back home. 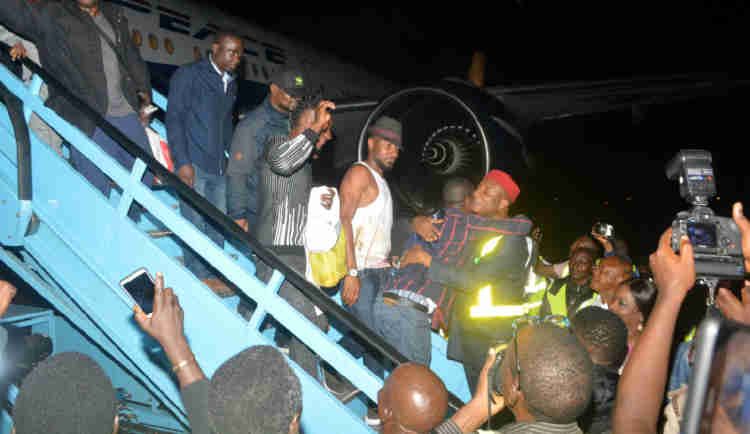 I’ll never go back in my life,” says Victor Indiobe.

Victor Indiobe is a 29 year old  young technician who left Imo in the southern Nigerian to start in South Africa’s economic capital Johannesburg. He was among the 189 people who landed in Lagos.

Twelve people were killed and hundreds of shops destroyed in and around Johannesburg last week in a spate of attacks against foreigners fueled by soaring unemployment and poverty.

“This is not the first time this has happened. i have witness it 3 times but the recent one was most serious and 3 of my friends were shot dead.” Said Victor

Telling the difference between xenophobic attacks, gang violence and widespread crime is difficult in South Africa. With 58 murders every day, the 57-million strong country has one of the world’s highest homicide rates.

“South Africa is a place where people can shoot you, rob you and police won’t do anything”, Victor said.

Back in Lagos, Nigeria’s government has promised to help those returning from SA.

Speaking to reporters on the tarmac, Nigerian foreign affairs representative Abike Dabiri-Erewa said the government would pay for citizen’s travel expenses to reach their families and enroll them in program to find work or start a business.

But in a country blighted by unrest and poverty – more than 80 million Nigerians live under the extreme poverty line, surviving on less than $1.90 a day – many say they are not hopeful.

For Nicholas Olalekan, who ran a hair salon in Pretoria, his future is “in God’s hands”.

“My customer who I was cutting, they stabbed him, he died. They stabbed me in my nose, look. I could have died.” “I just escaped.” He Said