Nigerians take to social media to express their shock over the charges brought against a detained activist. Pro-democracy activist Omoyole Sowore detained since august has been charged with seven counts of money laundering and conspiracy.

According to Vanguard The activist behind RevolutionNow Protest movement was charged by the Federal High Court on Friday. Among other things, the court said the activist’s #RevolutionNow” campaign was aimed at removing the President and Commander–in-Chief of the Armed Forces of the Federal Republic of Nigeria during his term of office otherwise known than by constitutional means”. 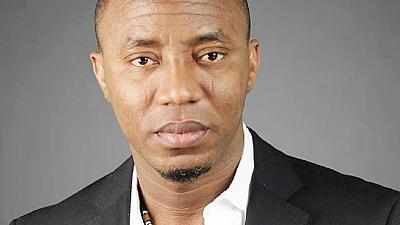 The detained activist is also the publisher of Sahara Reporters, was the presidential candidate of the African Action Congress, AAC, in the last general election, has been in custody of the Departemenmt of State Service, DSS, since August 2 when he was arrested.