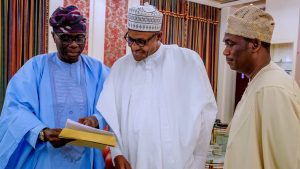 Lagos is the most indebted state in both foreign and domestic borrowing in the first half of 2019, with total public debt at N992.38 billion.

Following Lagos on the foreign debt profile is Edo state with $277.74 million while Rivers state followed on domestic borrowing with N266.94 billion, during the same period under review.
Here are the Nigerian States with highest foreign debt

Despite growing concerns over the country’s debt level, Nigeria’s Minister of Finance, Budget and National Planning, Zainab Ahmed, said the challenge is not in debt level but how to raise revenue as an alternative.

The IMF said the country’s Debt-to-GDP ratio is good but too risky.

In an Independent Day report on October 1, 2019, the News Agency of Nigeria (NAN) described how Nigerian state debt profiles serve as impediments to democratic values and dividends. The report observed how successive governments accumulate debts for new ones serving as obstacles for the provision of capital projects.

Posted in Featured News | Comments Off on Nigeria’s Top 5 States with highest debt profiles in the first half of 2019
Tags: Nigerian news