Organised protest in Gambia to opposed US police killings Adjourned 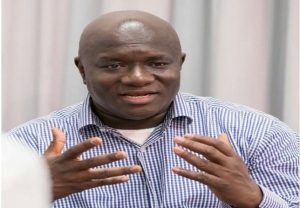 A protest march, at first slated for Monday against the US police killings of blacks, has been adjourned.

Following the killing of George Floyd and the following shooting of Gambian-born Momodou Lamin Sisay, Gambians had organized to protest in front of the US Embassy in Banjul to express their grievances in the killings and the centuries old racial discrimination against blacks in the US

Nevertheless according to Madi Jobarteh, one of the organisers of the protest, having applied for police permit to hold the procession, the IGP raised the issue of the ongoing restrictions on public gatherings as a measure to curb the spread of the Covid-19 pandemic.

Madi posted on Facebook: “We had a meeting with the IGP this afternoon and he referred to the ongoing state of emergency which imposes restrictions on public gatherings. He noted that he would be unjustified to allow this protest to go ahead when schools, churches and mosques are closed and even some imams and other individuals arrested for leading public gatherings.

“The IGP however assured us that he will grant a permit once these emergency regulations are relaxed. It is expected that by June 8 the state of emergency will end. Even if it is extended the expectation is that the restrictions will be relaxed. As law abiding citizens we accepted his reasons and urged him to ensure that our right to freedom of assembly is respected.”

Madi nonetheless urged Gambians to not stop the online protest and other forms of protests without dozens of them coming together.