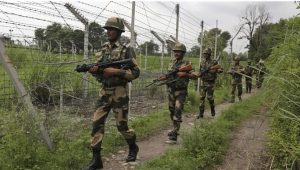 Not less than four civilians have been killed by Indian shelling inside Pakistan-administered Kashmir, Pakistan’s military and local officials said.

Three people were killed in the Nakyal region, while a fourth person died after a shell hit her home in the Baghsar area, the military said in a statement released late on Wednesday. “Indian Army troops initiated unprovoked [ceasefire violations] in Nakyal and Bagsar Sectors along LoC targeting civ[ilian] population,” Pakistan’s military press wing said in a brief statement on Twitter.

Pakistan and India have fought two of their three wars over the mountainous territory of Kashmir, which both claim in full but administer separate portions of, divided by the LoC.

This year, at least 12 people have been killed and more than 102 wounded in Pakistan-administered Kashmir from Indian firing across the LoC, according to Pakistani government data.